Firstly, a big massive thank you to everyone who came along and helped us celebrate the official Ecology Launch!

It was a fantastic night with a great mix of people, some who have supported us right throughout the development of Ecology and some who were totally new to the brand and the Paleo Cafe!
It was really nice, bringing together a group of like-minded people from different arenas and really refreshing to speak with people who were totally new to the concept of Paleo and Paleo-inspired skincare.

There was an abundance of super awesome Paleo morsels, handcrafted by Paleo Cafe owner, Andrew himself; some tasty Kombucha samples kindly provided by Jacqui from Grateful Harvest; and of course some tummy-warming bone broth! 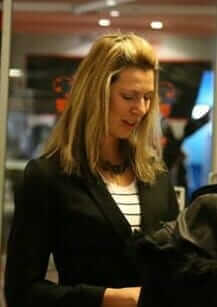 A big massive thank you goes out to Andrew and Meghann, owners of the Paleo Cafe, who have both supported us right from the word go.
They’ve freely given their feedback, encouragement and suggestions along with their wealth of knowledge on commercial equipment.
In addition to hosting the launch party, they were also the first Ecology Skincare retailer!

The launch party also gave us the opportunity to reflect on just how far we’ve come in the last year!

A birthday gift of grass-fed tallow from my Primal Shift Podcast Co-hosts Jo and Ivy was what initially sparked my skincare journey.

And in a little over a year, I went from being the slightly weird one with food intolerances and sensitive skin who was smearing beef fat all over my face, to having a beautiful and unique skincare range on the shelf of the Paleo Cafe.
One that is getting fantastic reviews from those who have used it!

This kind of journey doesn’t happen alone though.
I could not do this without my husband Andrew, who readily loves me and supports anything and everything I do (without regard to how much of his personal time and hobbie time gets chewed up!)  He ensures that everything is lined up along they way, so we can progress to the next step and picks me up when I’m feeling down or doubtful.
However, as we don’t know our P&L’s from our elbows, neither of us could have done this without help from our good friend David. Whose business acumen has been absolutely invaluable.

Thanks also go to all of the Ecology Guinea Pigs over the last year:

Also thank you to the local businesses who contributed to the door prizes on the night:

Thank you to everyone who came along to help us celebrate on the night and also to those who could not be there but were there in spirit!

Crystal Fieldhouse is a podcaster, mindfulness leader and real food advocate with sensitive skin and a history of acne and dermatitis. She is the creator of natural skincare brand, Ecology Skincare and author of the eBook “Natural Skin Care Secrets for Women with Sensitive Skin.” Crystal’s simple formulations and advice take customers from red and irritated to glowing and delighted. She is the co-host of the popular podcast, The Primal Shift and her new podcast Mind Body Beauty.

This site uses Akismet to reduce spam. Learn how your comment data is processed.

Recent Posts
MOST POPULAR
2 x Free Bamboo Face Cloths when you spend over $25 - Use Code: BAMBOO22
+